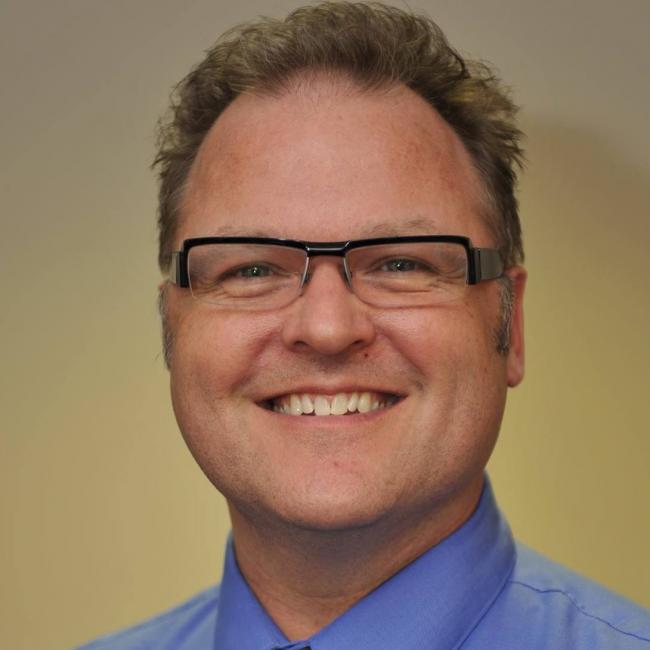 Brian Goodroad has a long history with Metropolitan State University. He graduated with his Bachelor of Arts degree in nursing from Metro State in 1992. He has taught at Metro State as community faculty and resident faculty since 1996. Goodroad also practices at the Positive Care (HIV) Clinic at Hennepin Health. He has been providing care to people with HIV as a nurse since 1987 and as a nurse practitioner (NP) since 1995. Goodroad helped develop the Doctor of Nursing Practice (DNP) program at Metropolitan State and served as its first director from 2010 to 2016.

At Metro State, he teaches in the DNP program focusing on epidemiology and population health, health policy, DNP scholarship, and in the NP clinical courses. He is active on the Human Subjects Review Board and participates as the College of Nursing and Health Sciences representative on the Faculty of Color Mentorship Program Committee.

Goodroad is very active in NP and Advanced Practice Registered Nursing (APRN) professional organizations. He has served in multiple leadership roles and received the American Association of Nurse Practitioner, Minnesota Advocate award for his health policy work leading to better access to health care.  Goodroad is a nationally recognized expert in the nursing care of people with HIV and frequently is invited to speak locally, regionally, and nationally. Goodroad serves as the Principal Investigator for the Metropolitan State University site of the HIV National Curriculum Integration Grant and is an elected Fellow of the American Association of Nurse Practitioners.