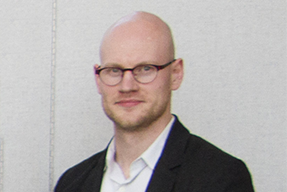 The First Meeting
“I don’t want to arrest gang members. I want to prevent gang members. I want to work in schools to try and catch this on the front end, so that we’re not dealing with these violent issues on the streets.” Dr. James Densley, a researcher conducting an ethnographic study interviewing young people who were involved in gangs in different areas of London, said he was pleasantly surprised to hear a police officer say that. Densley was interviewing Allen Davis, a police officer from London, when they first met for that interview. That meeting led to them starting a small charity organization called Growing Against Gangs & Violence (GAGV) through which they were going to reach out to young people in public schools.

Challenges
Soon, both Densley and Davis went around public schools in London and conducted listening sessions with young people asking them questions around gangs and youth violence. They were surprised to learn that the young people taking part in these listening sessions readily opened up about the things that affected their lives. These listening sessions allowed the researchers to gain a deep understanding of how the youth culture in the age of social media proliferated and affected the lives of its adherents. Whether or not it was poverty in the community, or a family connection to existing gangs, or, whether or not it was young people feeling afraid in their own communities and looking for gangs to protect them. The reason why these kids decided to join gangs were as varied as the stories the kids told them.

In addition to that, Allen and Densley also uncovered evidence of exploitative relationships between young men and women in gang affected communities. They also discovered that there was a lot of unreported sexual violence, sexual harassment and discrimination that was going on.

Social media played a key role in tying all these wide-ranging experiences together online. Allen and Densley found that young peoples’ lives was increasingly integrated with social media. For example, young kids would be in school gossiping about stuff. The gossiping would then continue on social media. Then what they said on social media would have an impact on what was going on in real life and so on and so forth. 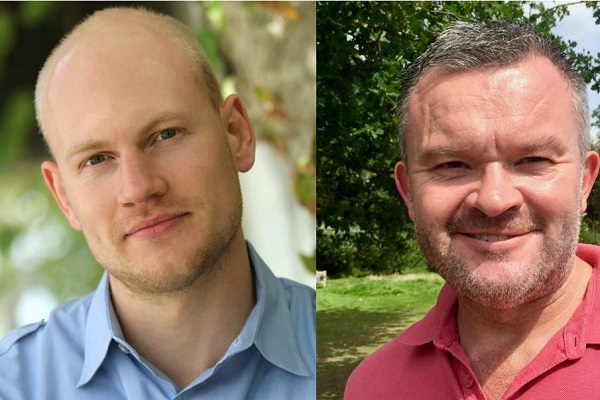 Time for a Change
Once Allen and Densley realized how complicated and wide-ranging the issue was, they co-wrote a curriculum centered on debunking some of the myths around gangs. Like the false idea that gangs provide you with protection, or provide you with respect, or provide you with money. In reality, none of this is really true. Instead, young people are way more likely to be victimized by joining a gang.

The curriculum also tackled the myths surrounding the knife carrying culture among gangs in the UK. Young people in the UK carry knives instead of guns for protection. Highlighting problems with that by partnering with trauma surgeons who educated young people on the dangers and risks of carrying and using knives was one way to tackle that myth.

Media literacy was used to counter the issues surrounding sexual violence and sexual harassment. Understanding the ways in which gangs posted rap videos on YouTube to promote their stuff. Dissecting the underlying messages of those videos to show how gang culture really worked was one way to teach young people to become conscious and critical consumers of social media.

Allen and Davis found that going into these schools and developing a curriculum around these issues; getting young people in a safe environment where they felt it was okay to talk about these issues and; using that opportunity to educate them on the risks inherent in youth violence and gangs was very effective.

Although the core of the curriculum remained the same, the researchers added and tweaked parts of the program based on the immediate needs of the school these curriculums were being introduced to. As a result, the curriculum has now been delivered to around 150,000 young people in 600 schools in and around London. Densley said that makes it the biggest charity of its type in England. The focus of the program is especially based in areas and communities that are affected with gangs, youth violence and poverty.

Measuring Change
The initial pilot for this program started in 2008-2009. Then it went on a developmental stage in 2009. Around 2012 is when the program started to expand and build. By then, Densley was working as a professor at Metropolitan State University and had essentially pulled back from being directly involved in GAGV’s activities.

Later on, Densley came back to conduct an evaluation of the work that was being done by GAGV. The evaluation involved surveys with young people in a randomized control trial. Densley found that GAGV was not successful in all of the objectives of the evaluation. However, the results of the evaluation showed that the curriculum was having, what Densley defined it as, “statistically significant results.”

He found out that the curriculum had led to an improved relationship between young people and police. The curriculum was also having a measurable impact on changing the attitude towards, what in the literature is known as, “street codes.” Codes like the idea that you don’t snitch on gangs, the idea that if someone violates you, you violate them back. The curriculum, according to Densley, was “also moving the needle on that.” The results of that finding were published in a journal article. Densley feels that, “it helped us to know that what we were doing didn’t just intuitively made sense, it actually had some sort of evidence based behind it as well.”

The Impact of Change
The mayor’s office in London started a program called Project Oracle to gather evidence about charities that were working in London to try and understand whether, or not, these charities were having a measured impact. They graded the charities on a scale of 1-5. At that time, GAGV was the first project to get level 2 status. In order to try and move up those levels, Densley said that the internal evaluation within GAV (now known as Growing against Violence) is still ongoing.

Allen Davis and Dr. James Densley were awarded with the Points of Light for their volunteering efforts and the change their program brought in the community. In a personal letter to Davis and Densley, Prime Minister Theresa May said: “Thanks to your tireless work together, the Growing Against Violence project is educating thousands of children across London about the dangers of knife crime, substance abuse, and gang membership. By identifying young people at risk you are not only preventing them from harm but also teaching them to identify and help their peers who are struggling with these same issues.”