Virginia (Ginny) Arthur became the seventh president of Metropolitan State University, a member of the Minnesota State Colleges and Universities, on July 1, 2016. She joined Metropolitan State in 2012 as provost and executive vice president. During her tenure the university has completed a strategic plan focused on educational equity, forged baccalaureate completion partnerships with the ten two-year colleges located in the Twin Cities metropolitan area, opened the Jason R. Carter Science Education Center and a student center, expanded programs in the Natural Sciences and Cybersecurity, strengthened faculty development, and expanded online learning. Metropolitan State is # 67 on CollegeNet’s 2021 Ranking of Social Mobility.

President Arthur serves on the Executive Committee of the Coalition of Urban and Metropolitan Universities (CUMU), the Board of IAMN Campus Compact, Black Men Teach, and the Science Museum of Minnesota (SMM). She is the Chair of the Board for Communidades Latinas Unidas En Servicio (CLUES)

In 2019 she was honored as one of 50 Women in Business in the Twin Cities by the Minneapolis Saint Paul Business Journal and as one of AARP’s 50 over 50 in 2020.

Previously, Arthur served the University of Northern Iowa as associate provost for faculty affairs from 2009 to 2012, and the College of Saint Benedict and Saint John's University from 1985 to 2009 as a faculty member in business law and strategy for 24 years, seven of those as chairperson of the Management Department.

Ginny holds a bachelor's degree in economics and business administration from Syracuse University and a Juris Doctor (JD) degree from the Washington College of Law at American University. She has presented at numerous conferences and authored dozens of publications. 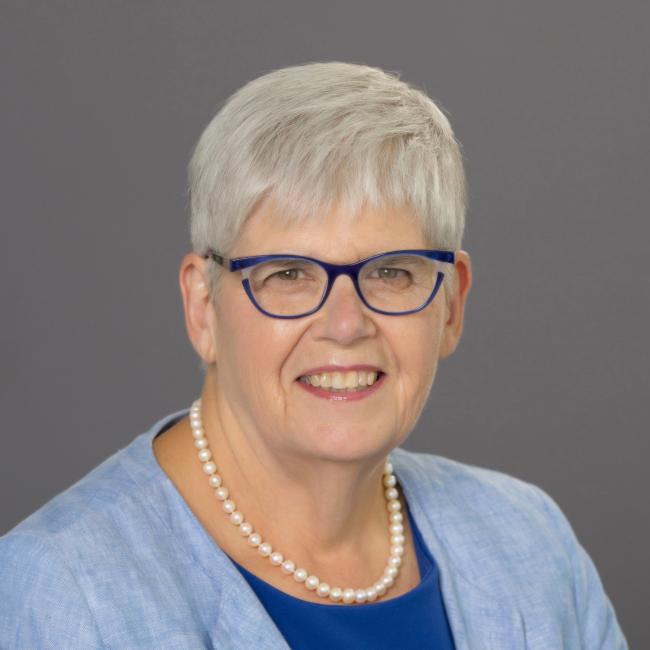