With topics ranging from body image to video games, the climate change to cybersecurity, and the long-term effects of bullying to diabetes care for Somali immigrants, the inaugural  Student Research Colloquium on April 25 opened the eyes of presenters and attendees alike.

“People kept telling me how much they enjoyed it and how surprised they were to see what a variety of research and other work is happening at the school,” said student presenter Andrew Prater, who interviewed attendees and other students “On Track: A Podcast from the Communications, Writing, and the Arts Department.”

Exposing people to projects outside their department was one of the colloquium’s goals. Individual departments, such as Psychology, have organized poster sessions to display student research.

“I was overwhelmingly proud of the students, blown away by the quality of work, and very excited to see so many family members supporting the student in their lives,”  colloquium coordinator Dr. Alex Layne. said. “I really was hoping presenters brought friends and family, as that was a major part of the vision for this event: to share the ideas and work that happens inside the classroom with outside the classroom.”

In addition to 30 students creating posters and answering questions about their work, Monday’s colloquium also included papers and creative projects, which included readings from memoirs, PowerPoint presentations, and short films and audio projects.

“I think it says volumes that Provost [Ginny] Arthur, soon to be President Arthur, spent over two hours talking to students and examining posters, and I had to peel her away for the awards ceremony,” Layne said. “That tells you just how engaging and brilliant the students are.”

Looking to next year, Layne hopes the colloquium is bigger and has better advertising to increase attendance. However, the buzz created from the inaugural event might make it easier to recruit more student presenters.

“I have already had many departments on campus approach me to say they want to sponsor awards and food and anything we need for next year’s event,” Layne said.

Having clusters of related exhibits can be a boon for individual departments.

“I think (because so many students from Alex’s class were presenting) that the event fostered an interesting conversation about video games and the way that women and minorities are portrayed in that media,” Prater said.

“While we had a ton of diversity in terms of the departments and programs represented, I would like to someday have a handful of students presenting from every college at Metro,” Layne said. “Maybe it’s a pipe dream, but that to me will show that event is truly university-wide.” 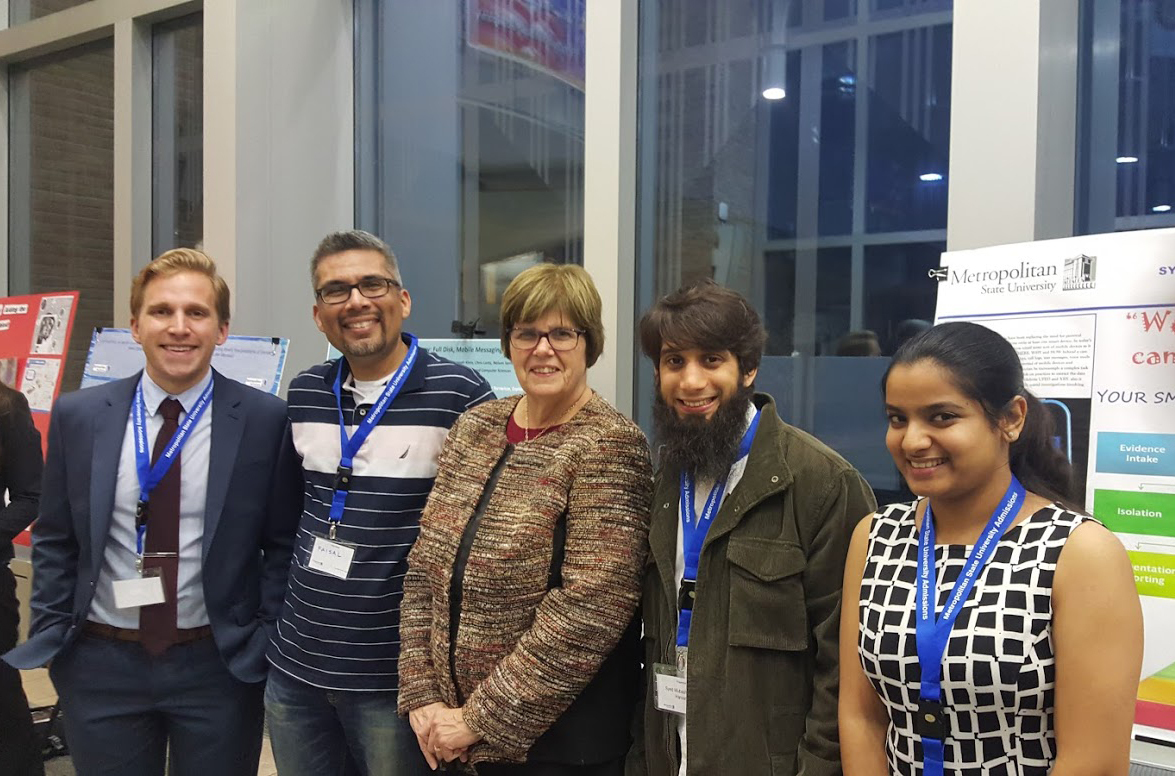 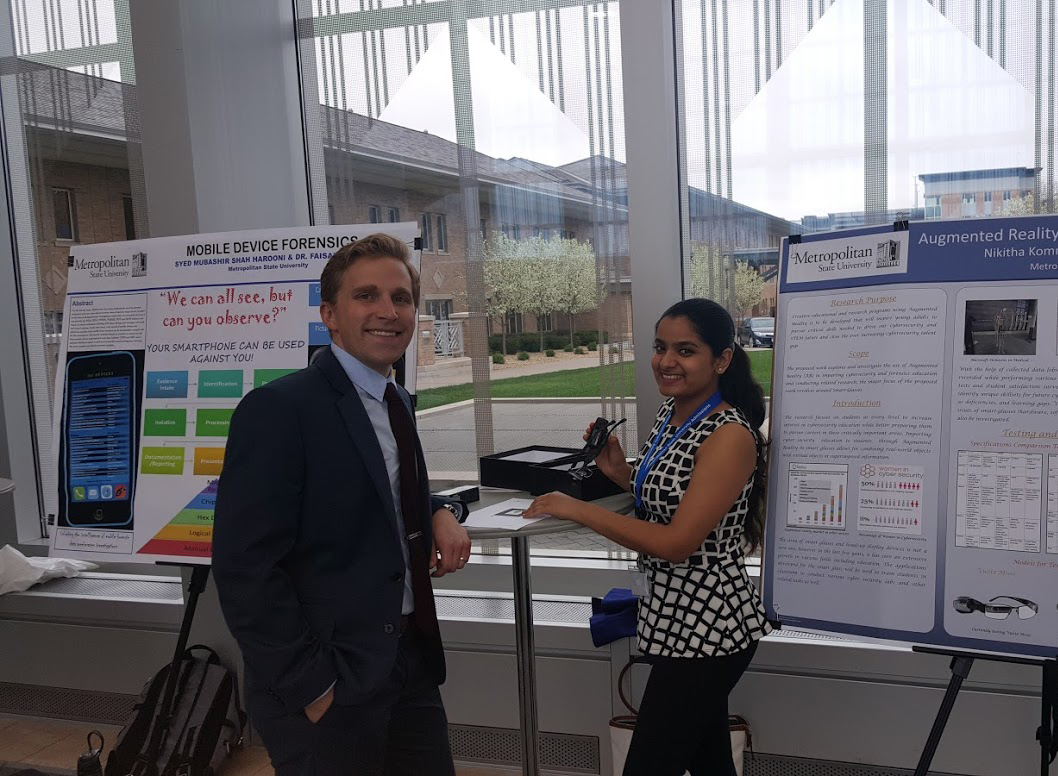 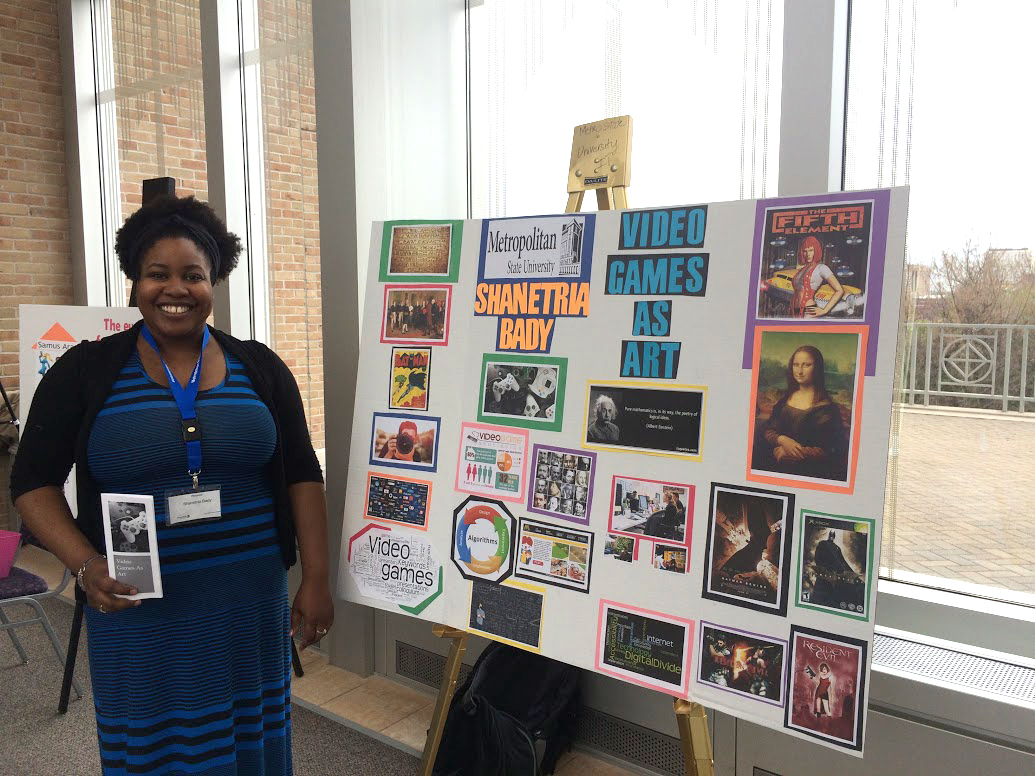 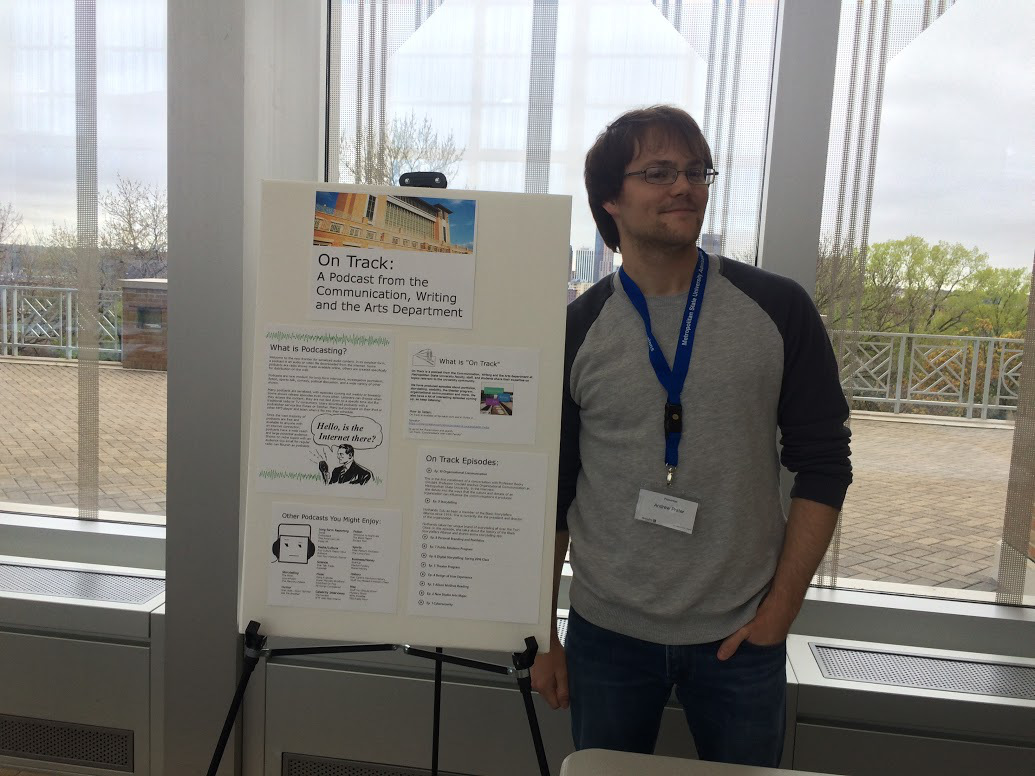 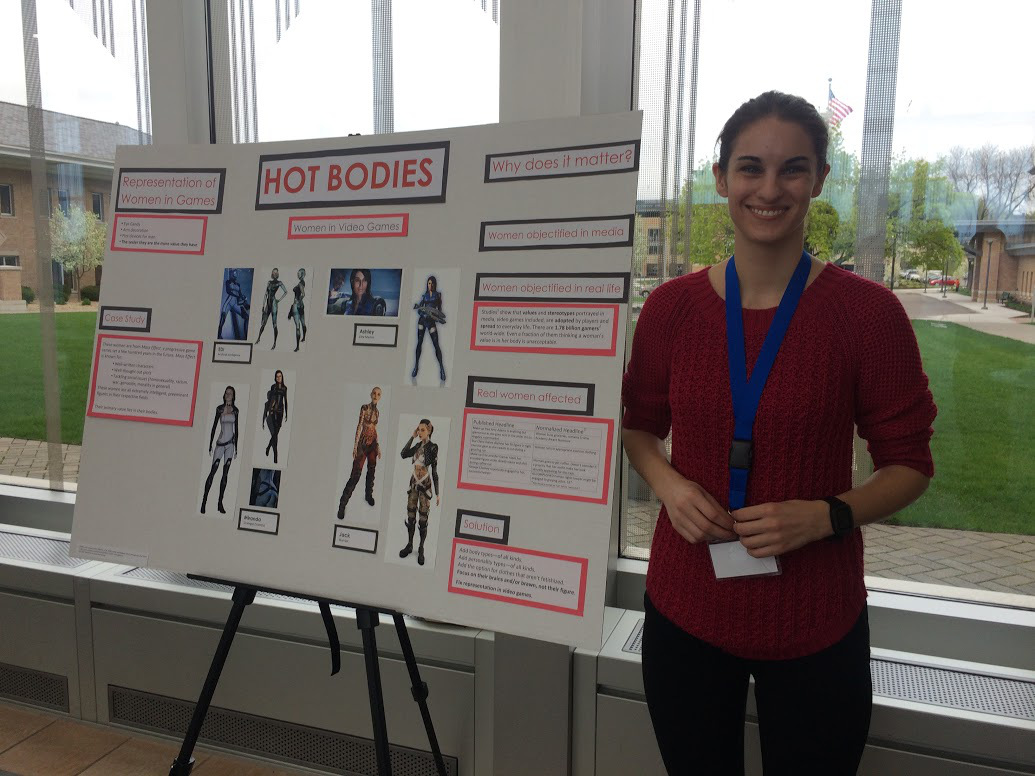 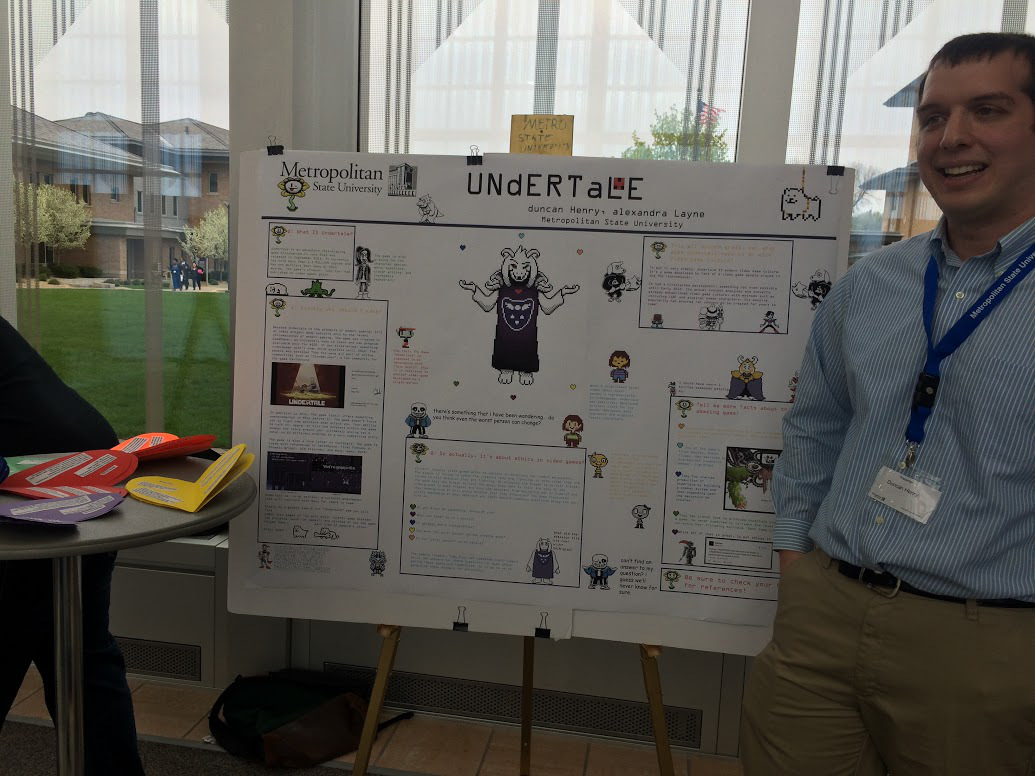 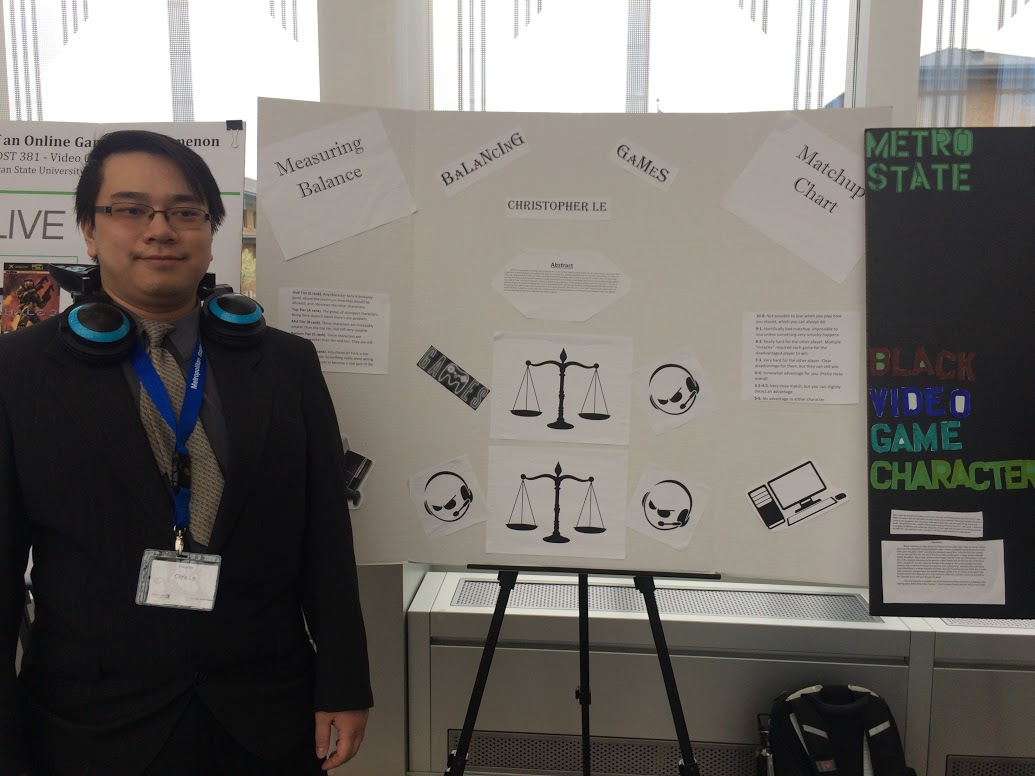 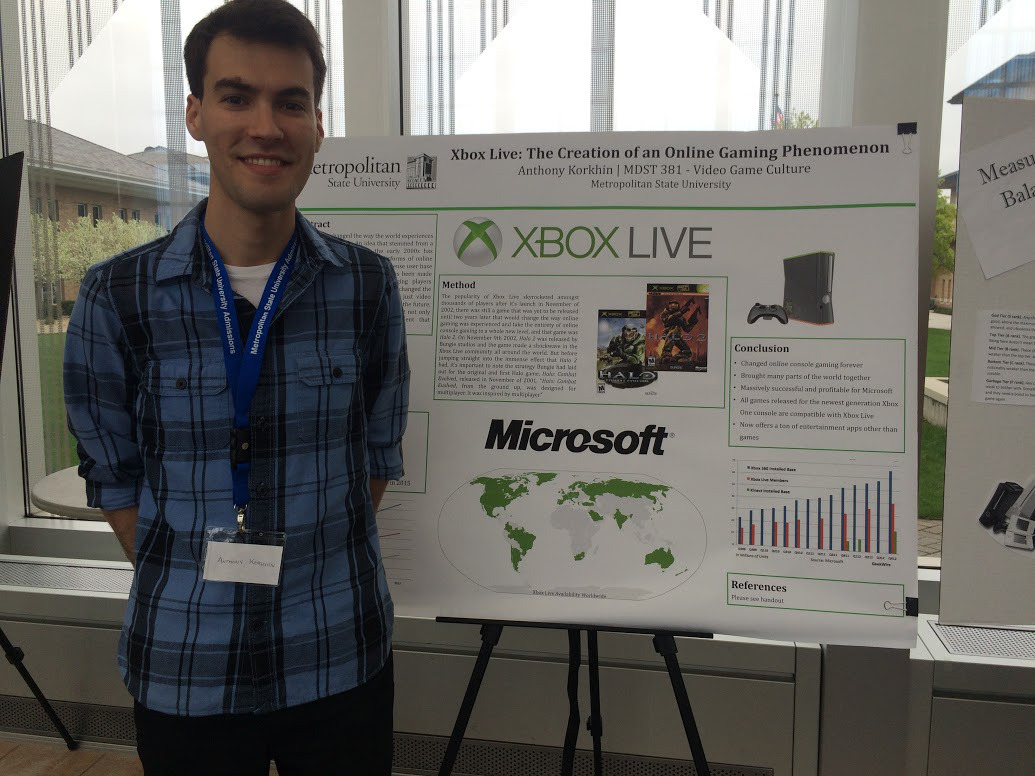 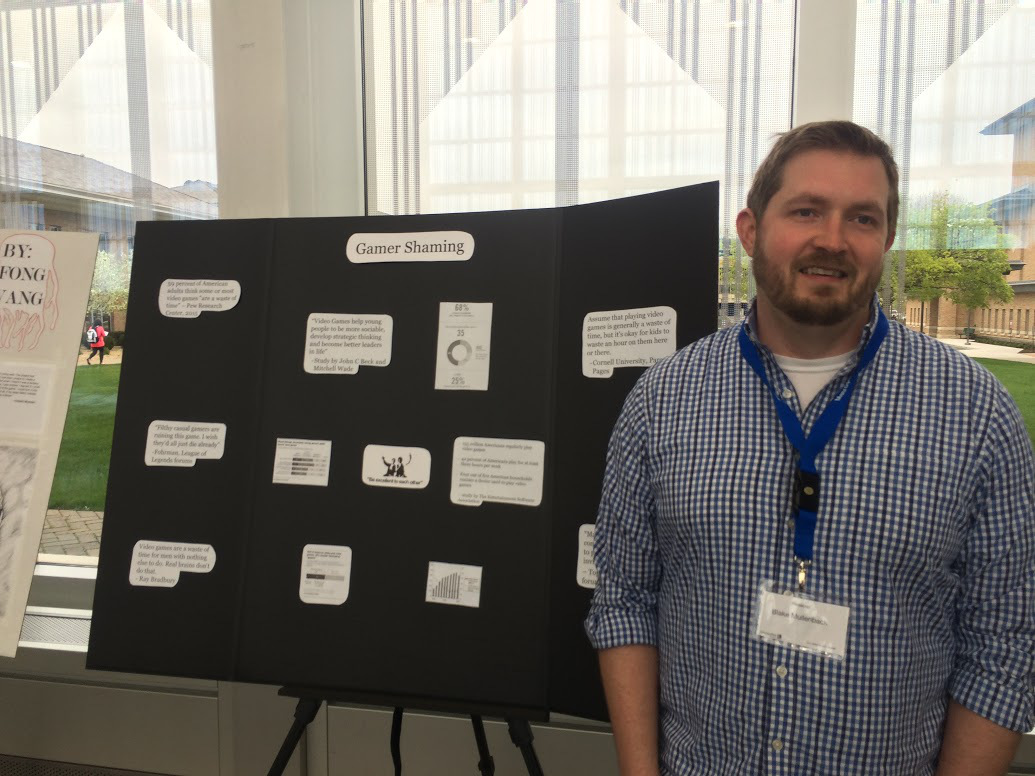 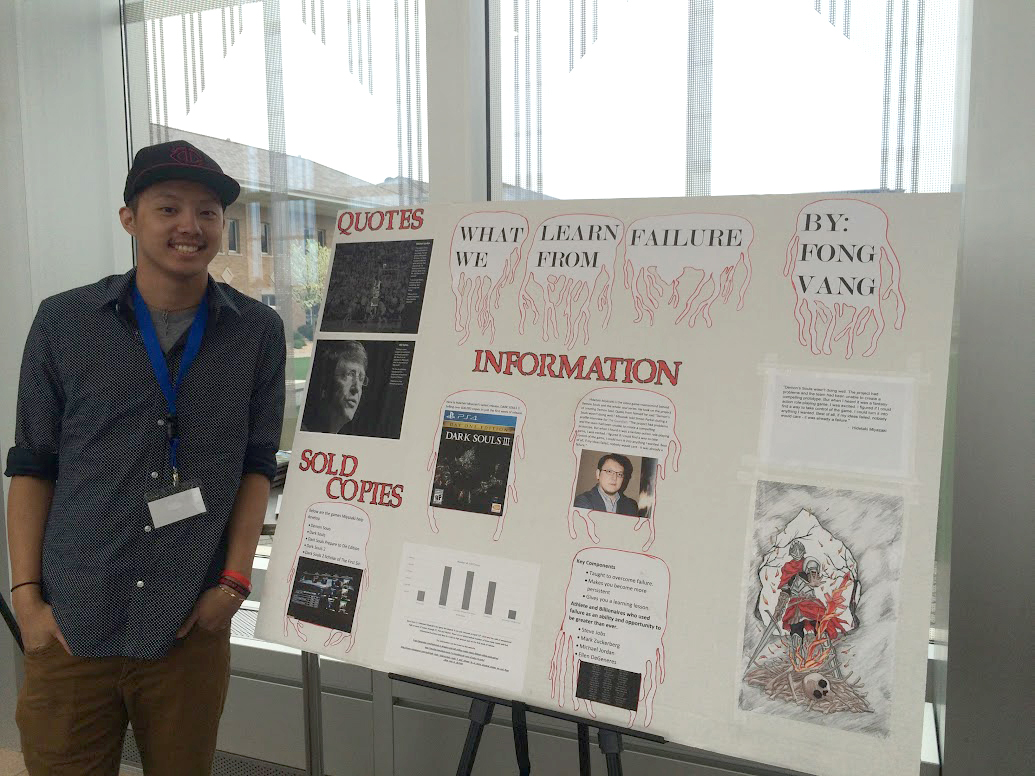 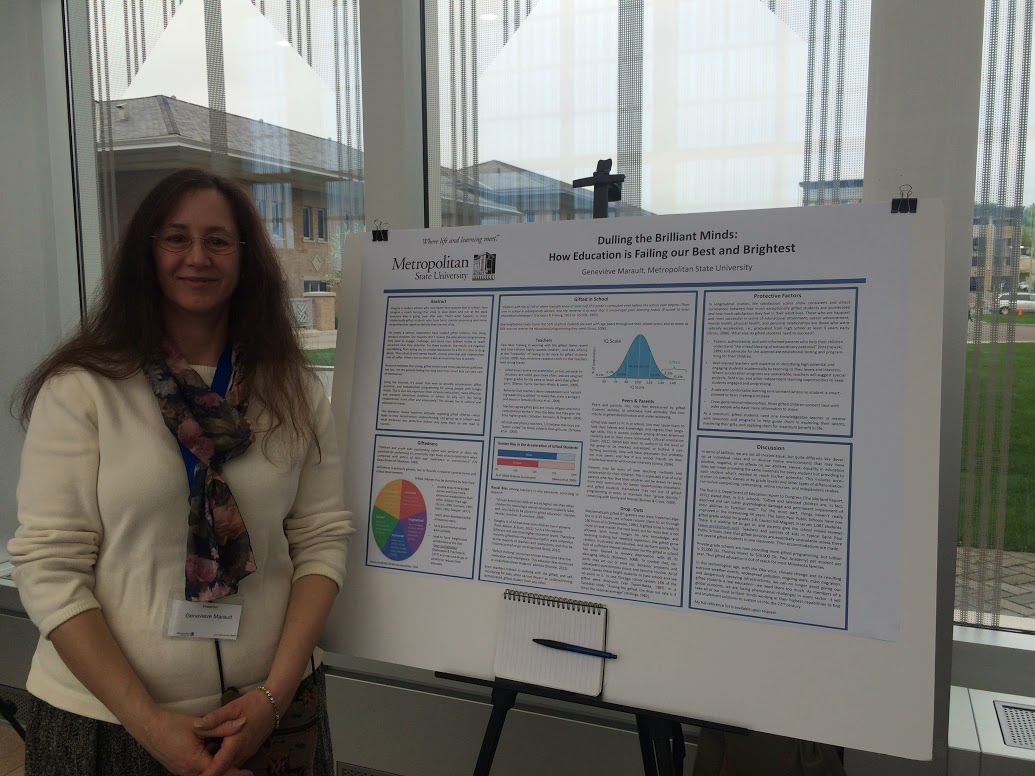 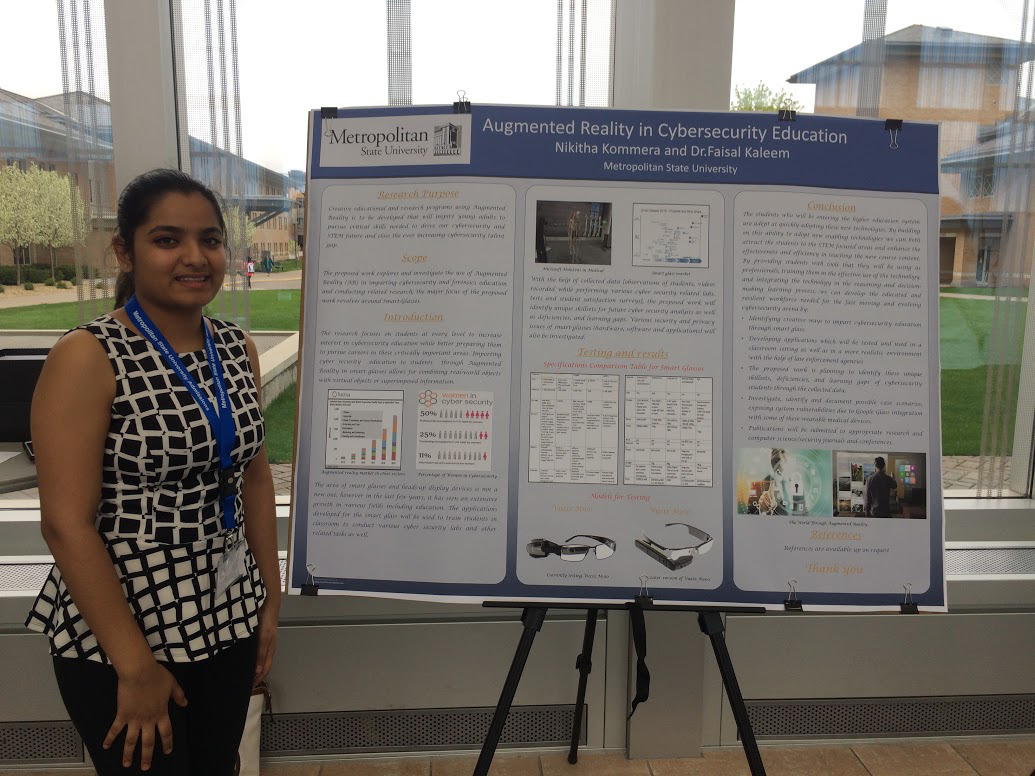 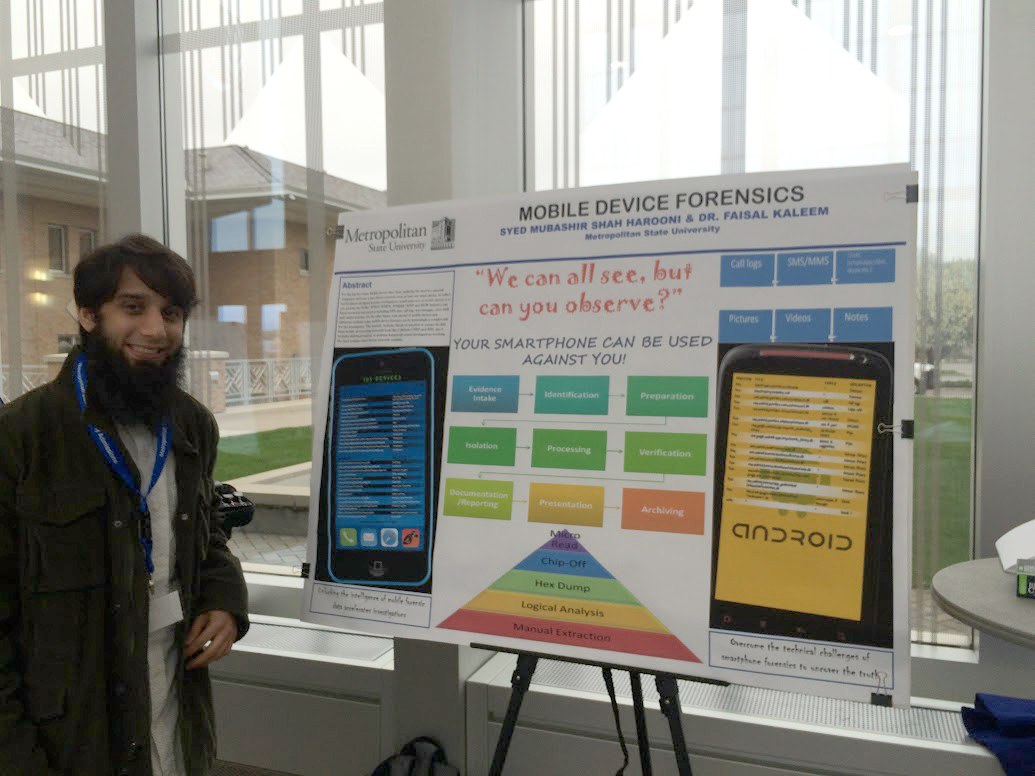 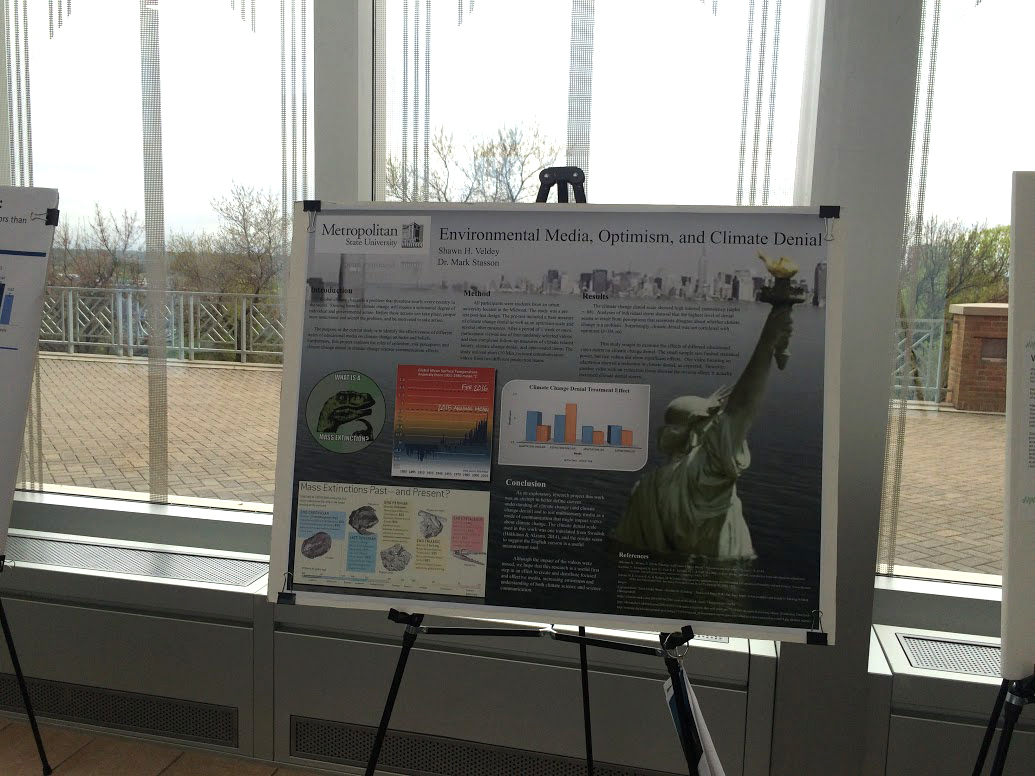 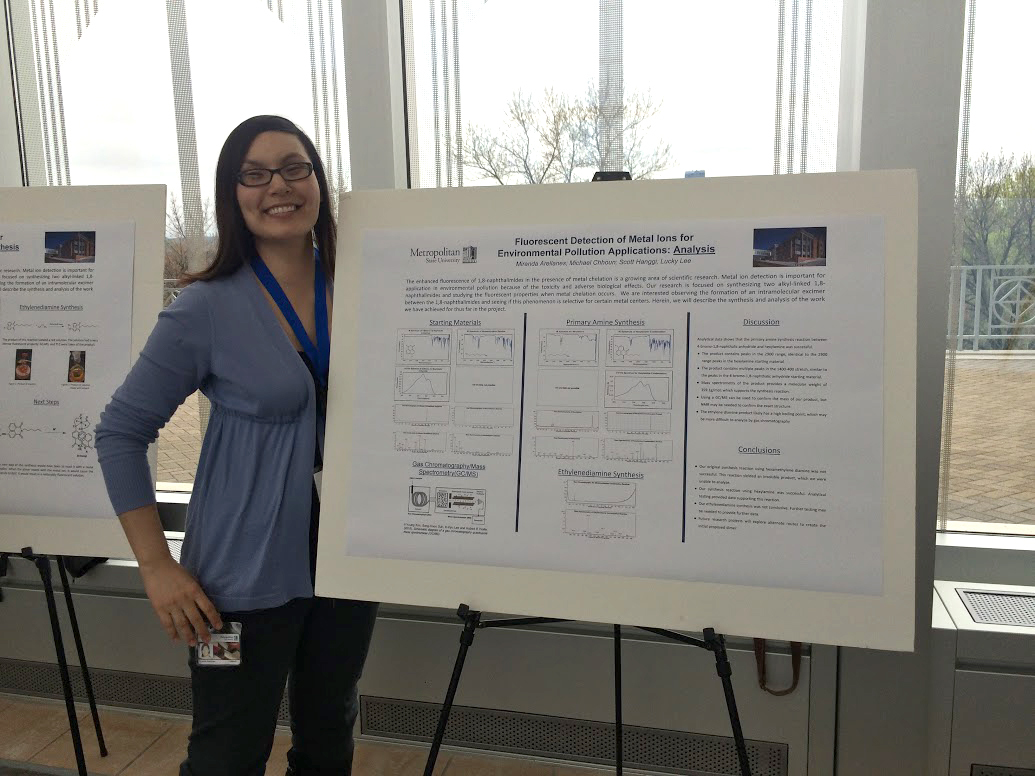 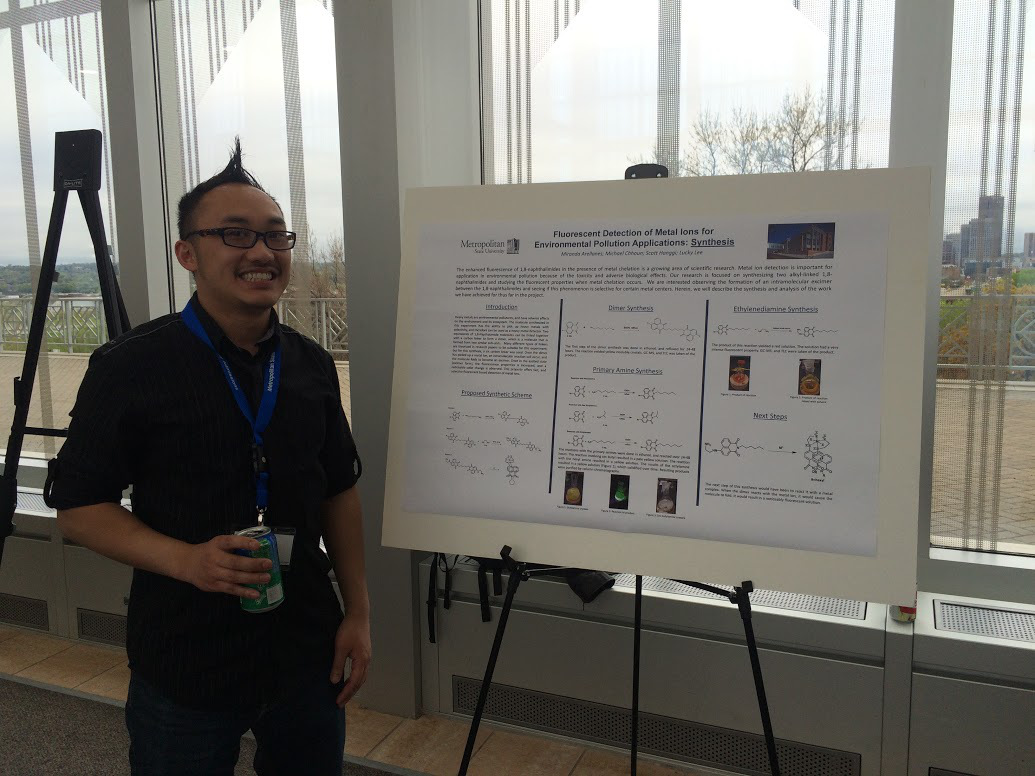 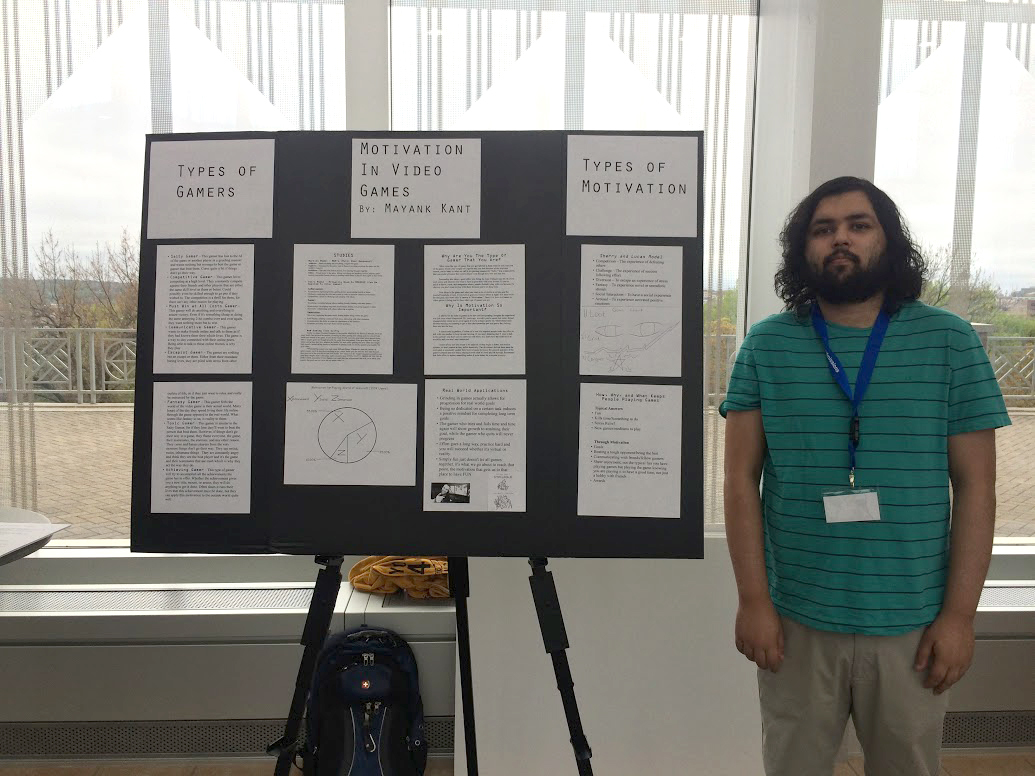 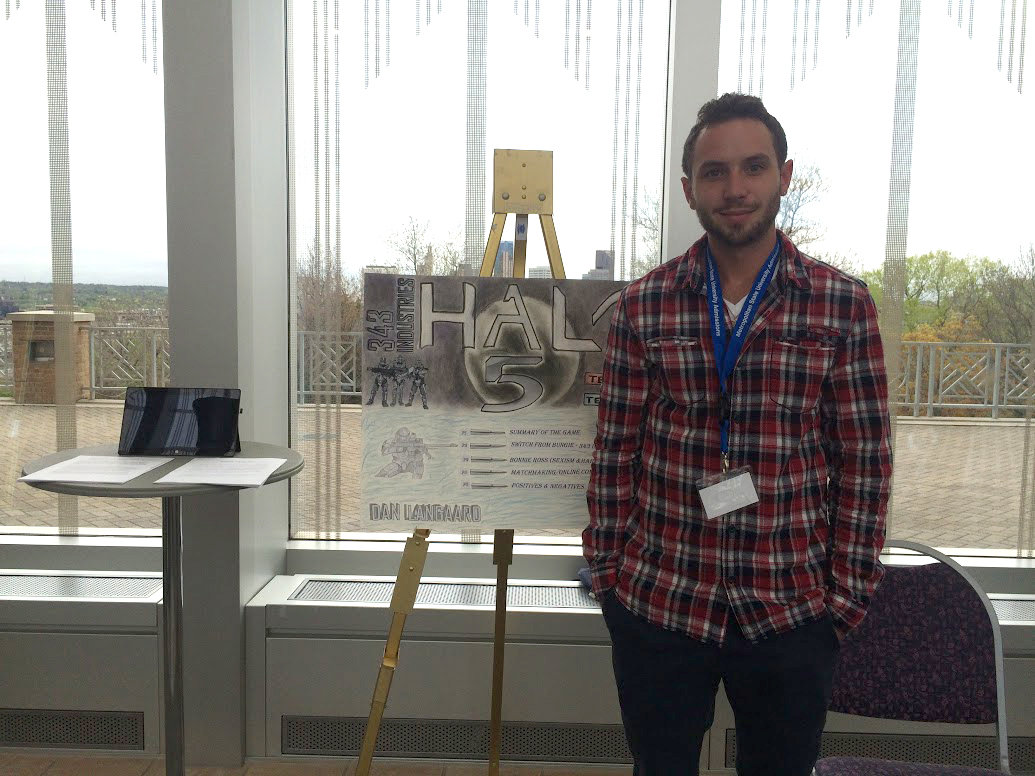 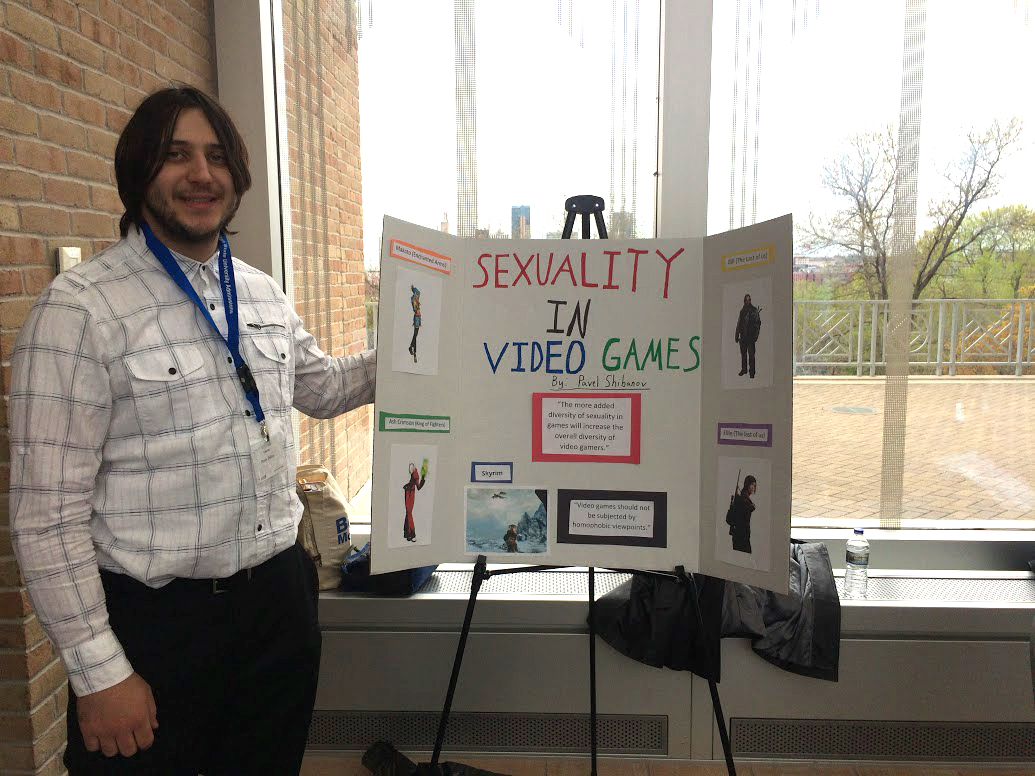 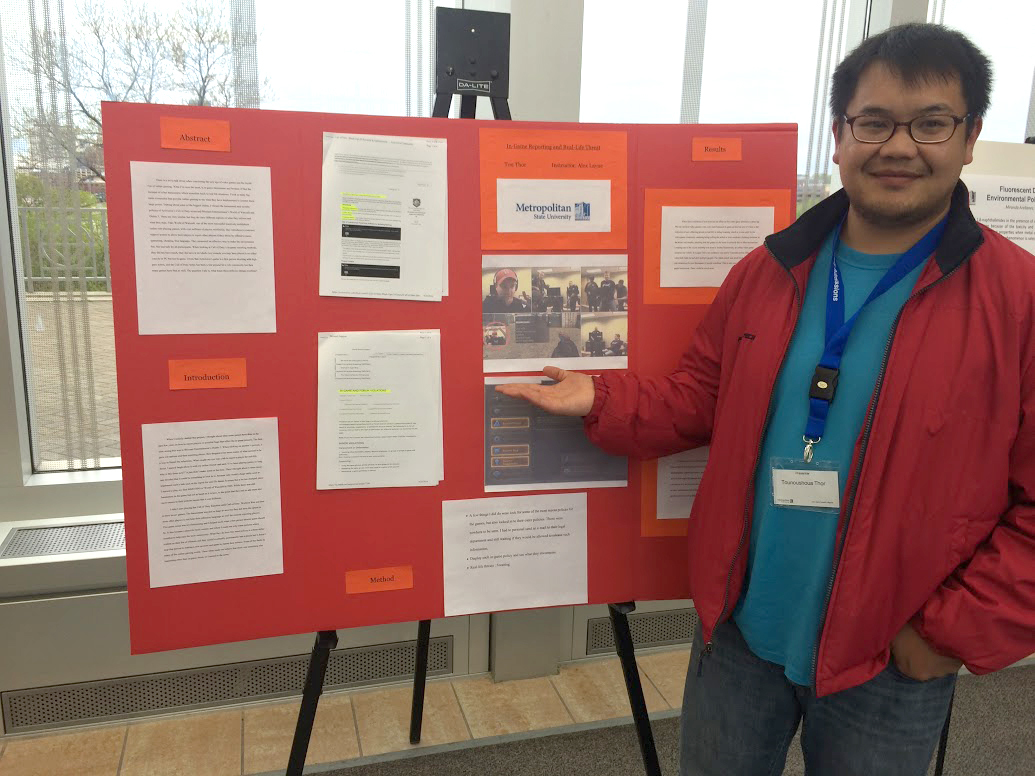 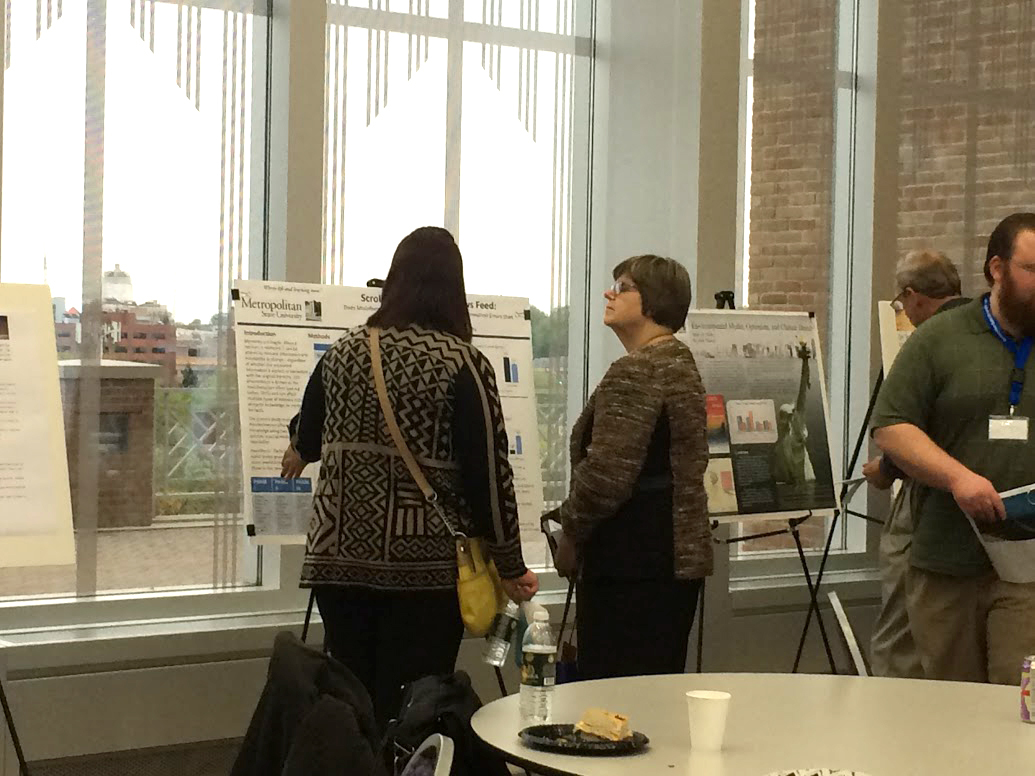 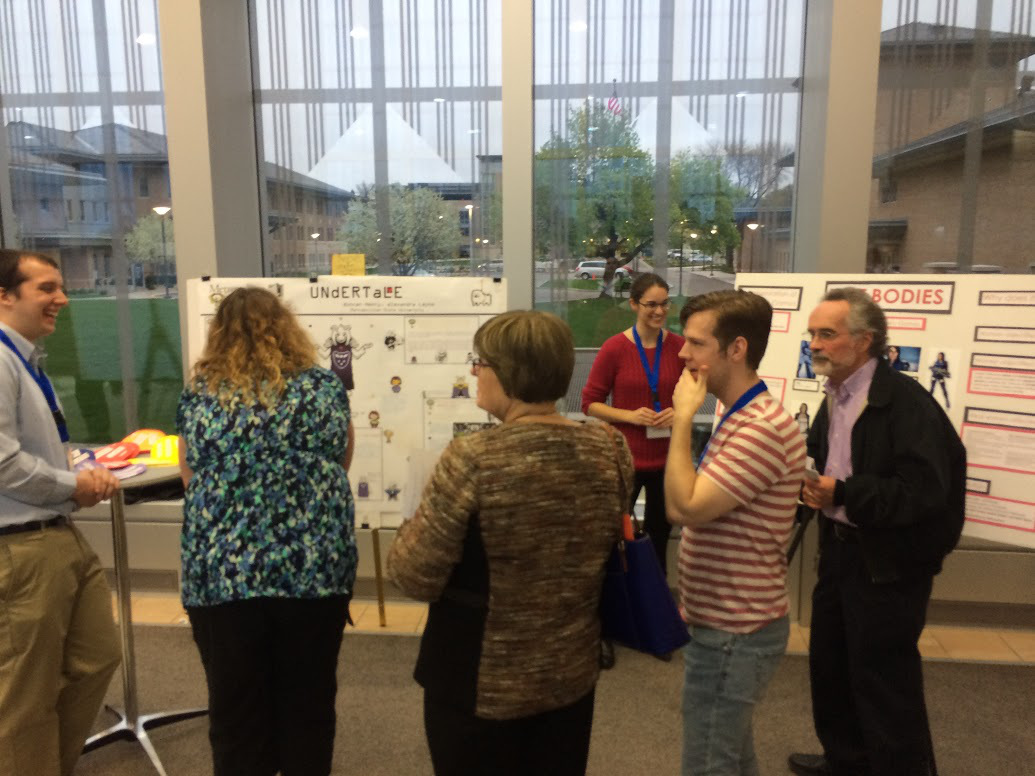 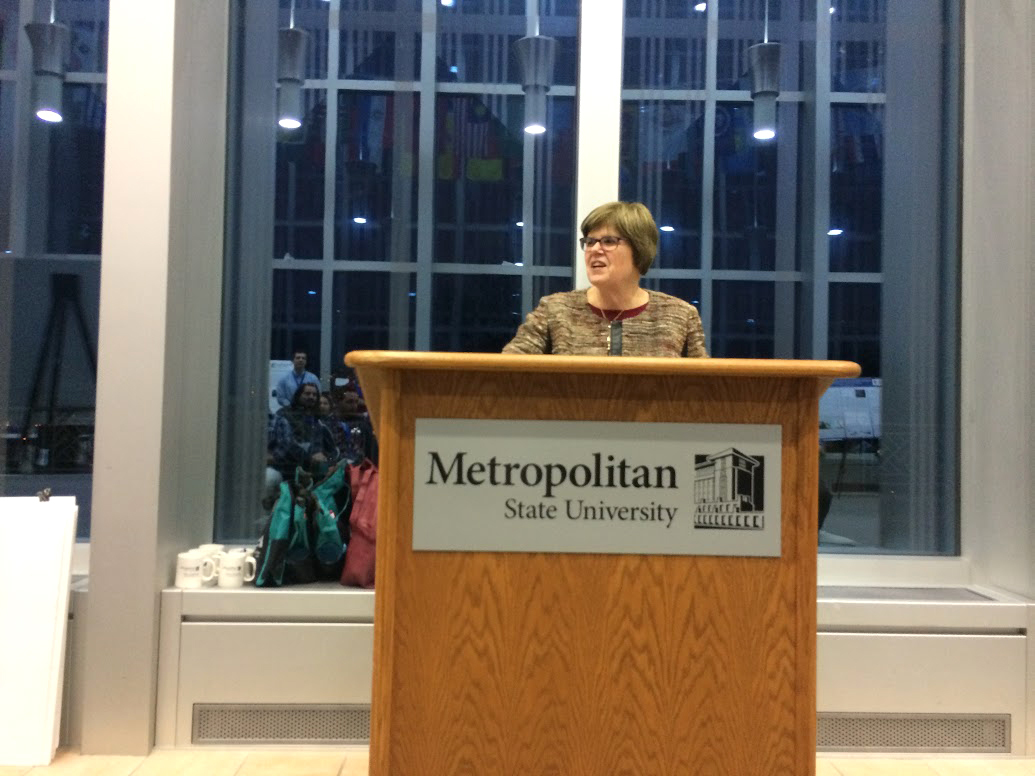