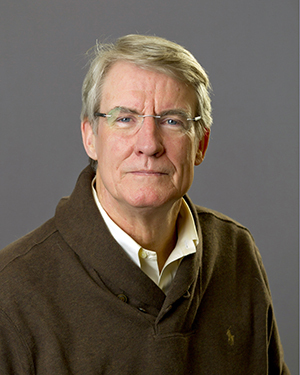 Tom Nelson, dean of the College of Science

Tom Nelson, dean of the College of Sciences at Metropolitan State University, died of cancer on Tuesday, Aug. 30, 2016, at home surrounded by his loving family.

Prior to joining Metropolitan State, he was dean at Southern Polytechnic State University in Marietta, Ga., and before that, chair and director of the biology and environmental science departments at the University of North Georgia, Eastern Illinois University and Arkansas Tech University.

Tom was born on Dec. 14, 1952, in Monmouth, Illinois, to Leith and Mary (Murphy) Nelson. He married his wife, Dianne, in 1975 and was a loving father and grandfather to son Brian, his wife Elena and their two children Cecilia and Henry, Kate and her husband Bryan Nuckols, and John and his fiancee Alexandra Benejam. Tom is survived by one sister, Mary (Gerald) Bevington; one brother, John (Gail) Nelson of Phoenix, Arizona; and several loving nieces and nephews. He was preceded in death by his parents and one brother, Leith Nelson.

Tom loved his family, his animals (especially corgis), gardening, traveling and spending time in nature. He loved teaching and working with colleagues, and influenced many students with his dedication to biology.

Tom’s career spanned 26 years, teaching undergraduate and graduate courses in ecology, conservation biology and environmental science. He published more than 40 peer-reviewed research articles and a scientific monograph, and he authored or co-authored 80 papers at professional conferences. He secured more than $2 million in grants to support research and scholarships from sources such as the National Science Foundation, Environmental Protection Agency, U.S. Fish and Wildlife Service, Forest Service and the Department of Defense, as well as numerous state and local environmental agencies.

Tom earned a B.S. in biological sciences from Illinois State University and both M.S. and Ph.D. degrees in ecology from Southern Illinois University.

“One of the things I most appreciated about Tom was his ability to be both visionary and pragmatic,” wrote Metropolitan State President Ginny Arthur, in a letter to the university community. “He was also a strong and tireless advocate for his College, its faculty and staff, while balancing his advocacy with the overall needs of the university… I was struck by how passionately committed he was to the mission of Metropolitan State and the students we serve.”

Services took place Tuesday, Sept. 6, at the Norberg Memorial Home in Princeton, Illinois, and Tom was buried at Oakland Cemetery. A university memorial will be hosted at a later time.

Memorials may be directed the Memorial Scholarship Endowment for Dr. Thomas Nelson at youCaring.com  https://www.youcaring.com/thomasnelson

Online condolences may be left at http://www.norbergfh.com/.