The physics minor provides students with a broad introduction to the discipline of physics combined with further exploration of at least one area of interest. The minor introduces students to the fundamental laws that govern nature and the universe and complements other majors where additional physics knowledge is of benefit. It prepares students to apply scientific methodology to solve physics problems, to think critically and quantitatively, to relate physics to their daily life and environment, and to understand the experimental and theoretical methods used in modern physics.

Students will be able to: 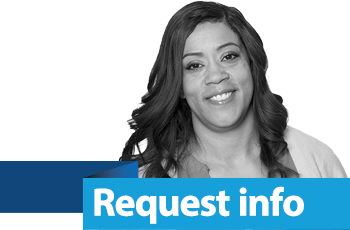 Metro State connects you to your future. Receive information from Admissions about taking your first step toward a degree!

Enrolling in this program

Once you’re admitted as an undergraduate student and have met any further admission requirements your chosen program may have, you may declare a major or declare an optional minor.

Apply to Metropolitan State: Start the journey toward your Physics Minor now. Learn about the steps to enroll or, if you have questions about what Metropolitan State can offer you, request information, visit campus or chat with an admissions counselor.

Get started on your Physics Minor

To be eligible for acceptance to the Physics minor, students must submit a College of Sciences Undergraduate Program Declaration Form once they have successfully completed the Prerequisite and Foundation courses. Each foundation science course must include at least one semester credit of professionally supervised on-ground laboratory experience with standard undergraduate laboratory equipment and materials. Lower-division (100- and 200-level) courses cannot be used to fulfill upper division core or elective requirements in the minor.  All prerequisite and required courses must be completed with grades of C- or above. Transfer coursework equivalency is determined by the Natural Sciences Department.

Want to learn more? Get in touch!

Each student must complete 20 credits in the minor including at least 5 upper division credits and at least 10 credits completed at Metropolitan State University. A student must include at least 5-credits of coursework in the physics minor that is not counted as part of their major or other minor.  Work with your academic advisor to assure both major and minor requirements are met when planning out your course load every semester towards graduation.All prerequisite and required courses must be completed with grades of C- or above.

Choose one of the two courses below

This course develops the fundamental concepts of algebra with an emphasis on the classification and analysis of linear, quadratic, polynomial, exponential and logarithmic functions. Applications to the natural and social sciences are given throughout. It aims to provide insights into the nature and utility of mathematics, and helps students develop mathematical reasoning skills.

This course is designed to prepare students for calculus. Topics include polynomial, rational, exponential, logarithmic, and trigonometric functions; the algebra of functions; multiple function representations; and an introduction to analytic geometry.

Since its beginnings, calculus has demonstrated itself to be one of humankind's greatest intellectual achievements. This versatile subject has proven useful in solving problems ranging from physics and astronomy to biology and social science. Through a conceptual and theoretical framework this course covers topics in differential calculus including limits, derivatives, derivatives of transcendental functions, applications of differentiation, L'Hopital's rule, implicit differentiation, and related rates.

Full course description for Calculus I

This is a continuation of MATH 210 Calculus I and a working knowledge of that material is expected. Through a conceptual and theoretical framework this course covers the definite integral, the fundamental theorem of calculus, applications of integration, numerical methods for evaluating integrals, techniques of integration and series.

Full course description for Calculus Based Physics I

At least two courses from the following list, or other advanced courses by advisor permission, including at least five credits of Physics and combining to reach the number of credits required for the minor (10 credits Metropolitan State, 5 credits upper division, 20 credits )

This course provides laboratory activities to test the major theories that lead to the understanding of atomic structure and their spectra. It is intended for students pursuing chemistry and physics major/minor.

This course takes advantage of scientific presentations offered in the Twin Cities area by educational institutions such as Metropolitan State University and the University of Minnesota. This course can, with instructor permission, be taken more than once for credit. Intended for students minoring in physics.

This course covers advanced topics in physics that vary from semester to semester. Because the content of each section of this course is different, students may take this course more than once for credit. Intended for students minoring in physics in their junior or senior year.

This is a faculty designed independent study (FDIS) which provides students the opportunity to do independent research in the field of theoretical and/or computational physics under the supervision of a resident physics faculty member. This course will improve problem solving, numerical/computational, and mathematical skills of the students. At the end of the course, students must complete a research report which must be approved by the instructor. The number of credits will be decided by the faculty and the student.

Mathematical modeling is the process of using mathematics and computational tools to gain insights into complex problems arising in the sciences, business, industry, and society. Mathematical modeling is an iterative process which involves a computational approach to the scientific method. Assumptions are established, a mathematical structure consistent with those assumptions is developed, hypotheses are produced and tested against empirical evidence, and then the model is refined accordingly. The quality of these models is examined as part of the verification process, and the entire cycle repeats as improvements and adjustments to the model are made. This course provides an introduction to both the mathematical modeling process as well as deterministic and stochastic methods that are commonly employed to investigate time-dependent phenomena.

This course provides students with significant problem-solving experience through investigating complex, open-ended problems arising in real-world settings. Working in teams, students apply mathematical modeling processes to translate problems presented to them into problems that can be investigated using the mathematical, statistical, and computational knowledge and thinking they have gained from previous coursework. Significant emphasis is placed on justifying approaches used to investigate problems, coordinating the work of team members, and communicating analyses and findings to technical and non-technical audiences.